Caleb never thought he’d end up sitting in the Sheriff’s office like this.

Unlike many of the public buildings in Silent Pines, the Sheriff’s Department had not been renovated in at least the last forty years. The imposing concrete exterior fell a bit flat once you walked through the doors to find drab beige walls, speckled wall-to-wall carpet, and dented metal desks. Several of the ceiling light tubes were in dire need of replacement–which might have added an atmosphere of horror if not for the tacky paintings of woodland scenes and photos of bald eagles that hung on every vertical surface.

The giant deer head on the wall in the Sheriff’s office did the trick of making Caleb squirm, though.

He shifted uncomfortably in the hard wooden chair, itching to stretch out his legs. The deer’s glass eyes glittered oddly in the flickering fluorescent lighting. Caleb scratched his wrist against the arm rest and listened to the faint shuddering of the AC unit in the window.

When the office door opened, his head jerked, but he didn’t waver from his staring contest with the deer.

The sound of heavy footsteps circled around him, and then he heard the creasing of worn leather as someone settled into the office chair on the other side of the Sheriff’s large oak desk, the shuffling of papers, the weight of elbows on wood. None of it was as loud as the long pause that followed.

“Your dad gave me the okay to talk to you,” Sheriff Polk’s voice intoned, and Caleb’s stomach twisted. “So let’s talk, son.”

Caleb’s lips pressed into a tight line. His fingers tightened on the edge of the chair as he adjusted his hands again. He should say something, he knew, but…

He didn’t think it would make much difference, in the end.

“That hurt?” the man asked, somewhat drily, and Caleb blinked. His eyes finally dropped down to the top of the Sheriff’s hat, and then further to meet the man’s gaze head-on. He resisted the urge to flinch at what he found there.

“…Not really,” he answered, flexing his scraped knuckles. The motion sent the chain on his cuffs rattling. “I’ve had worse.”

“Have you, now.” The Sheriff’s eyebrow arched. He suddenly seemed about a foot taller than he’d been seconds before, his shoulders twice as broad. “Because you know, kid, you’re the last person I would have thought would end up sitting in that chair.”

Shame coiled again in his gut for a fleeting moment, but Caleb simply turned his head away, staring at the stained Venetian blinds on the window. He’d never thought he’d be here, either.

“I deserve to be here,” Caleb answered, almost more in response to his own thoughts than to the Sheriff. He swallowed, and continued, “but I’m not going to apologize.”

There was a heavy sigh from the Sheriff’s direction, and all the air rushed out of the small room.

“Caleb, you’ve got to give me a reason here. You’re fourteen years old and I’m not keen on seeing you ruin your life.”

“He hit her first,” Caleb growled, voice rougher than he’d meant it to come out, cracking at the edges. “She’s so small and she never hurt anyone in her whole life and he hit her. That’s why I’m not going to apologize even if it means I go to jail. I’m not sorry.”

Half a beat, and then he heard a low whistle.

“Who’d he hit?” The Sheriff asked, sounding impossibly calm and more than a little knowing.

“…Julian,” replied Caleb, his pulse still pounding in his ears from his outburst. And then added, as if there could be any doubt as to who he meant, “Julian Hollinger.”

It had all happened so fast. One moment, Caleb had been standing in line at the convenience store, one hand closed around his sister’s arm to physically stop Silvia from actually crawling inside the ice cream case in pursuit of a Choco Taco. The next, movement on the other side of the glass storefront caught his eye, and he’d watched a familiar head of dark curls drop and land backward on the sidewalk.

He couldn’t really have done, it was insane, but Caleb could have sworn he’d heard a horrible crack on impact.

He was out the door before Silvia could even start to ask where he was going, grabbing the back of the other boy’s jacket and hauling him away from the spreadeagled little girl on the ground—because the son-of-a-bitch was trying to kick her, he registered somewhere in his red hot fury—and then his fist slammed into an acne-pocked face, and then the guy had landed a punch in Caleb’s ribs, and the only thing he felt after that was the wash of relief when he heard a small voice sobbing behind him because that meant she was fine, it was all fine and that limp mess on the pavement hadn’t been as bad as it looked.

It had still taken the Sheriff showing up to separate the two teenagers.

“She’s okay, right?” he asked, coming back to himself in pieces as he shoved that memory down again.

“She’s just fine, kid. Nothing a little ice won’t fix. Practically beat down my door saying I need to let you go, matter of fact, because you rescued her from that little shit Strange.”

Caleb whipped his head up so fast that his neck ached.

“…You knew?” he asked haltingly. His eyes slid towards the glass door of the office. On the other side, Deputy Barnes sat with a stringy-haired sixteen-year-old in what passed for booking. Mitchell Strange was sporting a deep purple shiner and a wide streak of red from the nose down; he kicked the desk and said something loud enough for Caleb to hear, arms struggling behind his back. The Deputy just gave him an unimpressed look and went back to her paperwork.

Sheriff Polk snorted. “Of course I knew. Half the damn town saw you drop your shopping to go charging in.”

“You bet your ass you’re in trouble,” the Sheriff answered flatly. “You beat the snot out of another kid in broad daylight in front of the corner Tiger Mart. Even to save a little girl, you went overboard. You can’t just brawl in the streets, goddammit, you understand me?”

“Yes sir,” Caleb told him, still half frozen. He felt a bit like the deer on the wall overhead.

“This is the last time you’re ending up in my guest seat, you understand me?”

“Good. You’re getting off light, you know that? You’re damn lucky that boy’s parents aren’t pressing charges, not after they heard what he was up to.” The Sheriff got up from his seat and walked around to grab Caleb’s wrist. He sat, stunned, still disbelieving, as the man pulled a key from his belt and deftly unlocked the handcuffs.

“…Yes, sir,” he said again, because it seemed to be the only thing he could remember how to say. He rubbed his raw knuckles. Was he supposed to stand up now? Could he really just… go home? He wasn’t certain he had earned the reprieve. He’d known that what he did was wrong, even if it had also been right.

It occurred to him, then, that this wasn’t really a reprieve at all. Oh, God. His dad was going to murder him for this.

The Sheriff eyed him for a long moment, one hip resting against his desk, and then his lips twitched into something that looked suspiciously like a smile. 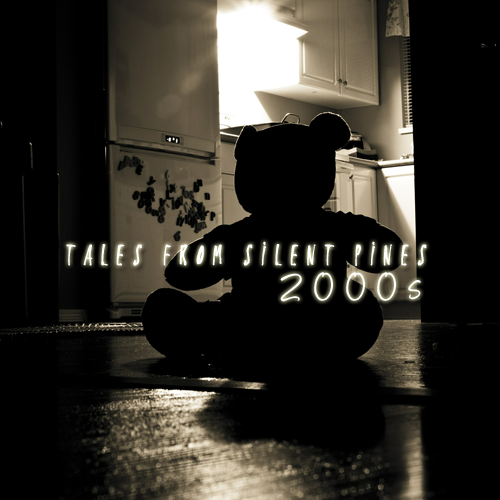